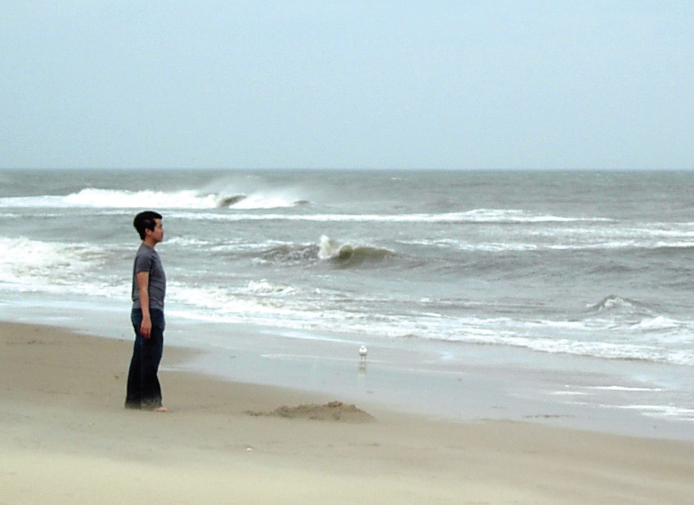 "Therefore go and make disciples of all nations, baptizing them in the name of the Father and of the Son and of the Holy Spirit, and teaching them to obey everything I have commanded you. And surely I am with you always, to the very end of the age." Matthew 28:19-20

THE MEANING OF BAPTISM
Baptism is a symbol of one's union by faith with Jesus Christ in His death, burial, and resurrection.

"Or don't you know that all of us who were baptized into Christ Jesus were baptized into his death? We were therefore buried with Him through baptism into death in order that, just as Christ was raised from the dead through the glory of the Father, we too may live a new life." Romans 6:3-4

WHY BE BAPTIZED?
We obey the Lord in water baptism...

2.
...to obey Christ. He instructed His disciples to: "Therefore go and make disciples of all nations, baptizing them in the name of the Father and of the Son and of the Holy Spirit." Matthew 28:19

3.
...to identify with Christ in His death and His life. "We were therefore buried with him through baptism into death in order that, just as Christ was raised from the dead through the glory of the Father, we too may live a new life." Romans 6:4

4.
.it is the pattern followed by the New Testament church. "...and many of the Corinthians who heard him believed and were baptized." Acts 18:8

WHO SHOULD BE BAPTIZED?

A careful study of the New Testament indicates that every believer should be baptized. In the Bible, a person first 'repented' of sin (admitted sin and turned away from it) and "believed" in Christ and was baptized.

The people who heard Peter's sermon the day of Pentecost asked "Brothers, what shall we do?" Peter answered, "Repent and be baptized every one of you..." Acts 2:37-38. Their response was, "Those who accepted his message were baptized..." Acts 2:41

The early church obeyed the Lord's command in Matthew 28:19-20 to baptize those that came to Christ. Jews were baptized (Acts 2:41-42), Samaritans were baptized (Acts 8:12), Gentiles (non-Jews) were baptized (Acts 10:44-48); the Apostle Paul was baptized (Acts 9:18) to name just a few examples. In all cases, belief in Christ and His finished work at the cross preceded baptism. "But when they believed Philip as he preached the good news of the kingdom of God and the name of Jesus Christ, they were baptized, both men and women." Acts 8:12

WHEN SHOULD I BE BAPTIZED?

There is no reason to delay. As soon as an individual confesses his or her faith in Christ, he or she should publicly identify with Christ in water baptism.

"Then Philip began with that very passage of Scripture and told him the good news about Jesus. As they traveled along the road, they came to some water and the eunich said, 'Look, here is water. Why shouldn't I be baptized? ...Then both Philip and the eunich went down to the water and Philip baptized him." Acts 8:35-38

"He then brought them out and asked, 'Sirs, what must I do to be saved?' They replied, 'Believe in the Lord Jesus, and you will be saved — you and your household.' Then they spoke the word of the Lord to him and to all the others in his house. At that hour of the night the jailer took them and washed their wounds then immediately he and all his family were baptized." Acts 16:30-33

HOW SHOULD I BE BAPTIZED?
We believe in water baptism by immersion for the following reasons:

2.
Circumstances strongly indicate that there was always sufficient water to permit immersion to be practiced. Mark 1:10; John 2:23; Acts 8:38,39

3.
It is in keeping with the symbolism involved, that we are "buried" with Christ in baptism. Romans 6:3,4

B)
A commitment to an ongoing personal relationship with Him.

At the moment of baptism, a believer makes both a personal and public commitment to Christ.

If you are interested in being baptized in water, please let us know by phoning or emailing the church office or by signing up on the Connect Card on Sunday.

Peter replied, “Repent and be baptized, every one of you, in the name of Jesus Christ for the forgiveness of your sins. And you will receive the gift of the Holy Spirit. Acts 2:38